Road to the Heisman – Joe Burrow 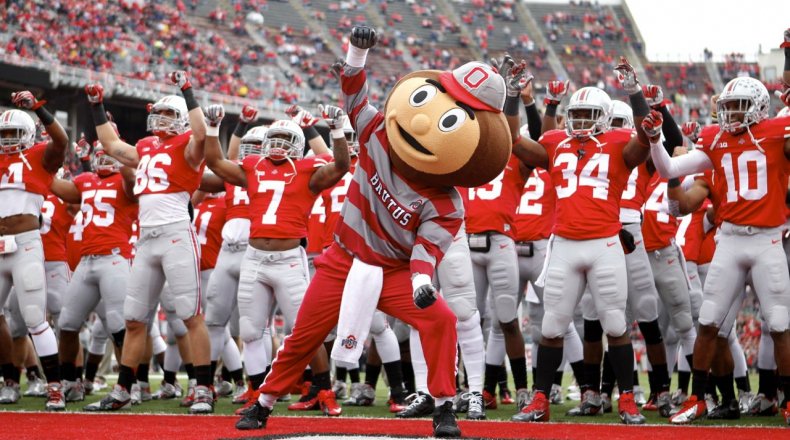 1. What happens after the LSU/Alabama game?

Not surprising, this upcoming matchup between LSU and Alabama has a lot riding on it, but how much exactly? Both teams are #1 and #2, respectively, in the current AP top 25 and a loss would surely bump either one of them down a couple of notches, and keep the loser from the SEC Championship game. The question is how far bad would the loss look on the resume? Both teams are the cream of the crop of the conference and many have both pegged to grab a spot on Dec. 8th. If this game is played relatively close, the loser might still have a chance to get back in it if they win out and finish with one loss. However, a blowout loss for either team could make the committee take a second look.

Another non-surprising development (to some), reigning National Champ Clemson is currently sitting outside the top four. The reason is pretty simple: the committee was unimpressed with the schedule. Clemson has yet to play a ranked team this year, and while they have been destroying lesser opponents, the wins don’t look as impressive in comparison to the teams that sit ahead of them. However, Clemson might have the best chance of making the playoffs considering their remaining schedule is also relatively weak— minus a home game vs #19 Wake Forest next Saturday. They are not out of it by any means — they could jump up a spot if any of the teams ahead of them lose this weekend — but Dabo Swinney has yet another reason to fire his team up come game day.

3. How much does the committee love the Big 10?

A lot, apparently. Ohio State (rightfully) landed atop the playoff list after impressing the hell out of the committee this season and it’s no shock as to why. They are #1 in terms of offensive efficiency and #2 on the defensive side of the ball, and everywhere you look on that team there’s talent, including Heisman candidates QB Justin Fields and DE Chase Young. The real surprise? Penn State jumping Clemson for that coveted 4th spot. What does this mean exactly? Well, the Nittany Lions have played (and beat) the 2nd toughest schedule in the country and this week’s matchup against fellow Big 10 (and undefeated) team Minnesota is their first real challenge. A loss for them in this game would hurt their chances in a big way, but a win sets up a really interesting question: if Penn State challenges the Buckeyes and loses a close game, and with that being their only loss, is it enough to convince the committee to give them a look as the 4th seed come Dec 8th?

4. Can Georgia sneak back into the mix?

The Bulldogs are probably pretty happy with their seeding and they should be, as they are primed to represent the SEC East in the championship game and will likely have a shot at either LSU or Alabama, depending on what happens this weekend and beyond. A win in the SEC championship game would make every other one loss program pause and reflect on their season, because the committee would almost certainly choose between two SEC teams for that last spot. Hell, the SEC could get all 3 if they all have one loss. Considering that won’t happen, the fact that Georgia has an all but sure spot in the SEC Championship gives them the advantage if they were to win. Although, if Notre Dame continues to slip that 23-17 win won’t look as impressive in hindsight.

As of now, four teams from two conferences round out the top 4 and that means three of the power five conferences are going to get screwed. With Clemson likely to eventually take one of those spots, the PAC-12 should be worried about exclusion. Oregon and Utah have looked like legitimate contenders this year, and both are primed to face each other in the PAC-12 championship. If either team ends with one loss and beats the other convincingly, shouldn’t that warrant at least some consideration? Probably not, considering only Oregon has an impressive non-conference game on their schedule but it was a loss to Auburn. Both teams should take these next couple of weeks and play their best ball of the year if they want to stay alive because the way the committee loves these other conferences, they might get lost in the shuffle and that’s a shame because both teams can compete.

6. Why is Baylor undefeated and outside of the top 10?

Baylor isn’t getting a lot of respect from the committee, despite their undefeated record. Like most of these teams, the schedule is the main reason why. Not only has Baylor not played a ranked opponent all year, but they are not winning games as convincingly as Oklahoma, who the committee put at #9 despite their loss to Kansas State. The Big 12 might not have a shot at a playoff team if Oklahoma doesn’t get in, but imagine a scenario where Baylor beats Oklahoma and wins the Big 12 with an undefeated season… the committee would certainly have to give them a look under those circumstances. Meanwhile, Oklahoma still has a chance for that 4th spot if they can turn things around. They still get to face Baylor in two weeks and could potentially avenge their loss to surging Kansas State in the title game. It’s a long shot, but the Big 12 is still hanging around.

7. Is there a team we’re not talking about but should?

No, but it’s a good question to ask. Why? Because anything can happen. Three of the top four teams are playing in pivotal games — LSU/Alabama and Penn State/Minnesota — and who knows what those outcomes would mean. For example, say Minnesota falls to Penn State but beats Wisconsin in two weeks to stay atop their division, but Penn State loses to Ohio State and misses out on the conference championship game. Now, let’s say Minnesota was to improbably beat Ohio State for the Big 10 title. Penn State, Minnesota and Ohio State would each have one loss, and each played a similar schedule, so who would get to represent the Big 10 in the playoff… Minnesota? They beat Ohio State. But Ohio State beat Penn State, who beat Minnesota… you see how weird this is going to get? Seriously, I can’t wait to see how this plays out. It’s gonna be fun, y’all.
SF