With the college football season nearing the midway mark, a handful of great players are separating themselves from the pack and are putting together MVP worthy seasons. Here at Brag House, we have put together our own list of the current Heisman hopefuls and take a look at their path to New York City, where one of these talented playmakers will hear their name called on Dec. 8th. Who has the best chance to join this exclusive club? Find out below! 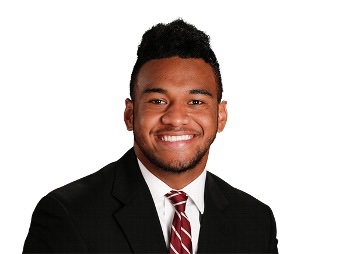 1. Tua Tagovailoa - QB, Alabama The best player on the best team, Tagovailoa is my front runner thus far in a season that is crowded with worthy candidates. Some have complained the top ranked Tide haven’t played any good competition, but it’s hard to deny the numbers the junior play caller is putting up: 27 TDs and only 1 INT on 2,011 passing yards, a 73% completion rate and a national best 96.1 QBR. Sure, the Tide offense haven’t yet played a good defense this season but a huge matchup awaits against fellow SEC stud and Heisman hopeful, #2 LSU QB Joe Burrow, on Nov. 9th. If Tua shows out at home against a beatable Tigers defense and produces big in a win at rival Auburn to close the year, the Heisman trophy will make its way back to Tuscaloosa. 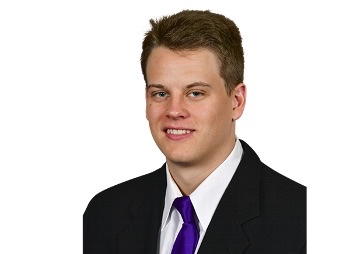 2. Joe Burrow - QB, LSU Who would’ve thought we’d be talking about an LSU quarterback as a Heisman hopeful, especially one who put up pedestrian numbers a year ago… yet here we are, and here is Joe Burrow leading the charge on one of the best offenses in college football that’s currently averaging around 50ppg. He’s not a big name like Tua or even Jalen Hurts, but Burrow’s game is just as big as his 6’4 frame. He’s currently sitting on 2,157 yards and 25 TDs while completing a staggering 79.6% of his passes through 6 games. To put that in perspective, he threw for 2,894 yards on 16 TDs with a 57% completion rating. He had a near perfect showing this past weekend against a very good Florida Gator defense, and if he can match that performance against Tua when the Tigers travel to Alabama, he could very well become the front runner the rest of the way. 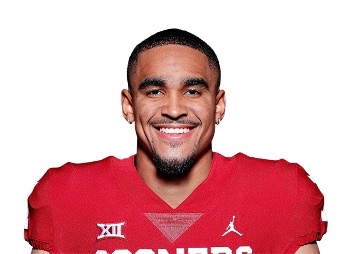 3. Jalen Hurts - QB, Oklahoma You have to love a good redemption story. A couple of years ago, Jalen Hurts was leading the Alabama Crimson Tide to the national championship, only to be benched during that game for a freshman named Tua Tagovailoa. He humbly accepted the back up role and came off the bench when called upon, but he essentially lost his job to a future Heisman candidate. Hurts transfered to Oklahoma — the team with the past two Heisman winners — and has thrived in Lincoln Riley’s offense, throwing for 1,758 yards with 17 TDs through the air and sporting a QBR that’s right below his former Alabama teammate’s. Unlike the other candidates, Hurts leads his team in both passing yards and rushing yards. It would be unprecedented or Oklahoma to boast three consecutive Heisman winners but it be the story of the year if Hurts were to beat out Tagovailoa for the award. We’ve never seen anything like that. 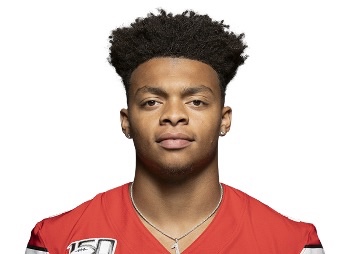 4. Justin Fields - QB, Ohio State Another transfer QB has entered his name into the Heisman race, proving sometimes a change of scenery can do a player good. Fields is thriving in new coach Ryan Day’s offense although the number may not suggest it. He’s currently logged just shy of 1,300 yards with 18 TDs and 1 INT (3rd rated QBR behind Tagovailoa and Hurts), however he’s contributed 8 rushing scores on the year as well. It helps that he’s playing with a top ranked defense, and that may hurt his chances of winning, but two big games against two very tough defenses in #6 Wisconsin and #7 Penn State present an opportunity for him to further impress voters with his dual-threat playmaking ability. 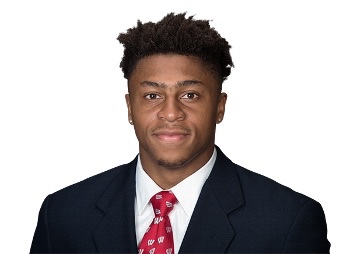 5. Jonathon Taylor - RB, Wisconsin Breaking the trend of starting quarterbacks for top 5 teams, we have a potential dark horse candidate with star Badgers RB Jonathon Taylor, who is on the verge of surpassing 5,000 career rushing yards, the fourth player in history to do so by his in junior year. Taylor has been a workhorse for the #6 ranked team in the country, capable of breaking off a big run and breaking tackles to keep a drive alive. Like Fields, his Heisman chances might be diminished by the stellar play of his teams defense, however a matchup against the Buckeyes later this year is on the horizon and if he continues to play at the level he’s playing (and manage to get a win), his stock could rise to the top 3 by December. 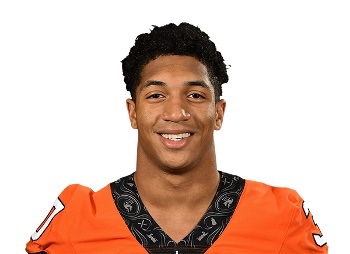 Chuba Hubbard - RB, Oklahoma State Hubbard’s team might be underperforming at the moment but the second year back is doing everything he can to keep them in games. He’s already surpassed 1,000 yards rushing — including posting two 250+ yard games this season. Even in a loss last week against Texas Tech he managed to score three times on 156 yards. Even if he’s not on the docket this year, I’m betting he’ll be a top 3 choice next year. 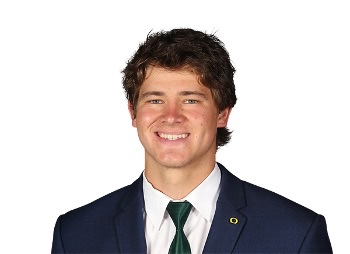 Justin Herbert - QB, Oregon Many people have Herbert pegged to be the top QB taken in next years draft, but the Ducks signal caller hasn’t put up the caliber numbers as, say, former Heisman winning Oregon QB Marcus Mariota. However, with his team surging since their loss to Auburn, Herbert could string together a few nice games against Washington and Arizona State to at least warrant some consideration for the final spot. 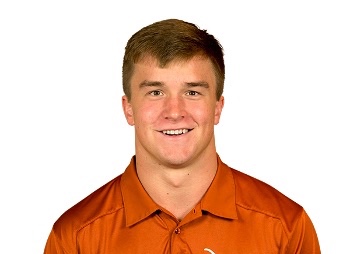 Sam Ehrlinger - QB, Texas Despite a tough game in Dallas against Oklahoma this past weekend, the Longhorn’s QB has played quite well this season with 1,658 passing yards and 17 TDs, while also adding 5 rushing scores. A win over Oklahoma would have looked good on his Heisman resume, but he has been consistent enough to at leas take a flier on him.
I love sports. If you’re reading this then chances are you feel the same sentiment. There’s nothing quite like watching your favorite team go up against a rival or compete for a chance at a championship. It’s even more exciting when you can win cash or prizes because of how much you love sports, but do you know what’s better than winning money? Not losing money. Not even having to risk a dime, actually. What a concept, right? We at Brag House think so, too! Thus, we have made it easy and accessible for fellow “braggers” both new and experienced. Worried about losing your hard earned money on a close game? Forget about it! At Brag House, the only currency you need to worry about are Brag Bucks — which we supply — and, of course, those elusive bragging rights. Subscribe now to be the first to download the app when we go live Nov. 5th, and we will give you for first set of Brag Bucks FREE OF CHARGE! Invite your friends or challenge that one co-worker you don’t like. It’s so easy, your grandmother could do it, and after she beats you in a head-to-head matchup maybe she’ll send you some Brag Bucks for Christmas. So what are you waiting for... let the bragging begin!

Subscribe to our early invite now and finally shut Chad the **** up and proving he doesn’t know as much about college football as you. 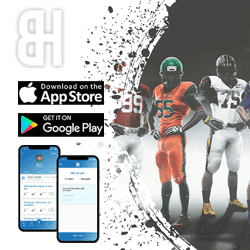 Get the latest news, game updates, and betting picks delivered right to your inbox