Bowl Season is upon us and we at BragHouse have you covered for all of it. Haven’t downloaded the app yet? What are you waiting for! With 41 games on the docket, you have so many chances to win! Our in-house expert Shea Freeman is breaking down each game and highlighting one Brag for each game that you can use for yourself! Check out the first part of the Rock Solid Bowl Picks and download the app today! Part two coming next Wednesday!

After just six years in existence, the Charlotte 49ers are playing in their first ever bowl game and are coming into this matchup riding a 5 game win streak. For their part, Buffalo is also looking for their first bowl win in program history and have won 5 of their last 6. Both teams have stellar rush attacks (at least 200 per team) and average the exact same in points per game (31 each). The only difference is Buffalo has two 1,000 yard backs compared to Charlotte’s one, and the Bulls are only giving up 92 on the ground per game. Pick: Buffalo
Something to Brag About: Jaret Patterson will rush for 125 or more yards. Buffalo boasts two 1,000 RBs and in his last game, Jaret Patterson put up nearly 300 yards and six scores. Considering the Bulls love to run and Charlotte gives up 192 on the ground per game, I think this is a pretty safe bet.

One of the biggest keys to success in football is momentum, something Kent State is hoping to lean on. Yes, they’re 6-6 but won their final three games to become bowl eligible and are looking to make it four in a row. On the flip, Utah State is the more talented team and QB Jordan Love will be playing his final game of his collegiate career — unless his recent arrest for marijuana keeps him sidelined, along with two other key players on offense. So kids, you’re gonna get busted for pot, do it in September not a week before your bowl game. Pick: Kent State
Something to Brag About: Isaiah McKoy will have at least five receptions Given the uncertainty behind Love and leading rusher Gerold Bright, who was also arrested with Love, I’m gonna brag about a player that is for sure suiting up. I’m just going off a numbers trend: McKoy has 51 catches on the year and has at least 5 per game over his last five games.

This game features two teams that matchup really well against each other. Both teams have stout defenses that are effective at getting to QBs (29 and 28 sacks each), but their offenses go in different directions. Central Michigan loves to run the ball while San Diego State is one of the best in the nation against the run (72 yards allowed per game). The Aztecs aren’t that great on offense, however, and may be without their starting QB. It’s going to be an old school game of smash mouth football, and whoever outruns the other will be the victor. Pick: San Diego State
Something to Brag About: Jonathon Ward will have one rushing TD I’ll be honest, this is a tough game for a brag. I don’t see a lot of scoring in this game, and the most likely candidate would be Ward, who’s rushed for 1,000 yards and a MAC conference leading 15 touchdowns. Maybe he gets the only score of the day.

Georgia Southern and Liberty square off in a bowl game that sounds fake, but is pretty real. You know what else is real? Georgia Southern’s rushing attack, which is ranked 8th in the country. They only average 75 yards passing, though. Liberty’s game is the opposite, with QB Stephen Calvert (3,393 yards) averaging nearly 300 pass yards per game. The Flames have the more balanced attack, but they give up nearly 200 yards per game on the ground and that could be what kills them on Saturday. Pick: Georgia Southern
Something to Brag About: J.D. King will rush for over 100 yards The Eagles run game is averaging 261 yards per contest, and while their QB is 3rd on the team in yards, King has been the lead back for most of the year. He’s coming off two consecutive 100 yards games, and this favorable matchup suggests that will continue.

Get ready for a high scoring affair. SMU has been one of the best offensive teams in the country, top ten in both points per game (43, 6th) and yards per game (495, 9th), and FAU is no slouch either, averaging 445 yards per game (19th). Both quarterbacks have over 3,300 yards on the year and both offenses sport a 1,000 yard wideout. However, FAU will be without coach Lane Kiffin after he accepted the same job at Ole Miss. First team to 50 wins this game. Pick: SMU
Something to Brag About: Shane Buechele will throw for 350 yards Since transferring over from Texas, the junior play caller has been sensational for SMU, leading the AAC in passing yards and touchdowns. The Mustangs are set for a shootout, and Buechele has the weapons to get close to 400 on the game.

Arkansas State is playing in their ninth consecutive bowl game, which might come as a surprise if you didn’t know that (which, I’ll be honest, I did not). The Red Wolves have also been surprisingly effective on offense, averaging 432 yards a game on 300 yards passing. Florida International, plaything in their third straight bowl game, had an impressive 30-23 win over Miami a couple weeks ago and can produce just enough on offense to take care of Arkansas State (34 points allowed per game). This one could be a “surprisingly” good close game. Pick: Florida International
Something to Brag About: WR Omar Bayless will have over 100 yards receiving Bayless has been a standout all season, with his 1,473 yards and 16 TDs both ranking 2nd nationally. The senior was named to the AP All-American team and in the last game of his collegiate career, expect him to ball out against FIU.

Well this is awkward… of all the teams Washington got set up with, Boise State is probably the one they would have wished they didn’t get. Head coach Chris Peterson built up the Boise State program, paving the way for him to take the Huskies job. It’s like leaving your girlfriend for a sexier model, yet still seeing her thrive without you. To make matters even crazier, this is Peterson’s last game as a head coach as he resigned from his job earlier this week. What a hell of a way to go out as a coach. If you don’t care for Star Wars, this is a saga-ending worth watching. Pick: Washington
Something to Brag About: Jacob Eason will throw for 3 TDs Whenever Eason declares for the draft, he’s considered to be a top five QB prospect. This game could be his last, and given the thin pool for QBs in this year’s draft, a big game could put him in as a first rounder. He steps up in big games too — he threw 4 TD’s against Utah and 3 against Oregon earlier this year.

For the second year in a row, Appalachian State will be playing in the New Orleans bowl with an interim head coach. The Mountaineers are having one of their best seasons in program history, averaging nearly 40 a game and going 12-1 on the year. UAB is headed to its third straight bowl game despite losing the C-USA championship to FAU. Both teams are holding opponents to 20 a game, however UAB is scoring two touchdowns less than App State per game. That’s a bit of a mismatch, but UAB is holding opponents to under 300 yards per game so it’s a lot closer than it looks. Pick: Appalachian State
Something to Brag About: Darrynton Evans will rush for two TDs Evans was the Sunbelt Conference Player of the Year behind his 1,377 yards and 17 touchdowns this season. While UAB allows barely 100 yards per game on the ground, App State usually relies on their run game when playing a decent defense. If they’re going to win, Evans is going to be a big part of that.

Not many teams would call 9-3 a disappointing season, but UCF had been riding a super hot streak heading into the season. Still, the Knights managed to average more than 43 points per game on over 530 yards of total offense. They can beat you on the ground or through the air, pick your poison. Marshall has enjoyed a solid season behind a 198 yard per game rushing attack, but the Thundering Herd will need to more than run if they want to keep up with UCF. Pick: UCF
Something to Brag About: Dillon Gabriel will throw for 300 yards Gabriel is top 12 in the country in passing yards and while he’s only gone over 300 yards once in his last five games, he has been averaging 320 yards per game anyway. Marshall is decent against the pass, but the Knights will surely go to the air more often than not in this game.

The Rainbow Warriors don’t have to travel far to play in their bowl game as it’s right in their backyard, which is a win for fans of both schools. Think about it, Christmas Eve in Utah or Christmas Eve in Hawai’i? Exactly. As for the game, Hawaii's weather won’t be the only thing heating up as their offense averages 460 yards on 33 points per game. They don’t play much defense though, giving up roughly the same on the other side of the ball. BYU had a rough outing against a tough San Diego State defense, but they average nearly 30 a game and are winners of 5 of their last 6. Pick: Hawai’i
Something to Brag About: Cole McDonald will throw for 275 yards McDonald has the 5th most passing yards in the country and after struggling against Boise State in the MWC Championship, he should bounce back and get somewhat close to his 325 pass yards per game average in front of the (rare) home crowd.

It was a relatively disappointing season for the Hurricanes and first year coach Manny Diaz, yet Miami found a way to make it to bowl season despite their troubles. LA Tech, for their part, has been pretty successful and pose a bigger offensive threat in this game, an area in which Miami has struggled in all year. The Canes have a talented defense that has shown it is capable of stymieing opponents, albeit inconsistently. If the Bulldogs can effectively move the ball against that defense they’ll had Miami their ninth bowl loss this eleven years. Pick: Miami
Something to Brag About: Miami’s defense will record two turnovers The Canes are all about swagger and Manny Diaz’s introduction of the “turnover chain” — a blinged out gold chain with the U symbol given to a player who forces a turnover — is already legendary in college football. It’s coming out not once, but twice as a late Christmas gift.

This just sounds like a boring game, and given the two teams on the field it might be. Pittsburgh lost their last two games to close out the year and have been pedestrian on offense all year (20 points per game). Eastern Michigan gets in their own way, giving up just as many points as they put up per game (30). The difference in this game is Pitt also gives up as many points as they score, so while they aren’t going light up the scoreboard they will make sure the other team doesn’t as well. As simple as that sounds, that’s all it’s going to take for either team to win. Pick: Pittsburgh
Something to Brag About: Mike Glass III will throw for at least 250 yards Eastern Michigan is a capable offensive team and senior QB Glass has been a serviceable playmaker over the last couple of weeks. He threw for 385 in a loss to Kent State, and is averaging 280 on the year. Pitt holds opponents to under 200 a game, so I’m splitting the difference here.
SF
Be sure to check back in next Wednesday for another heaping of Rock Solid Bowl Picks!
Share
0 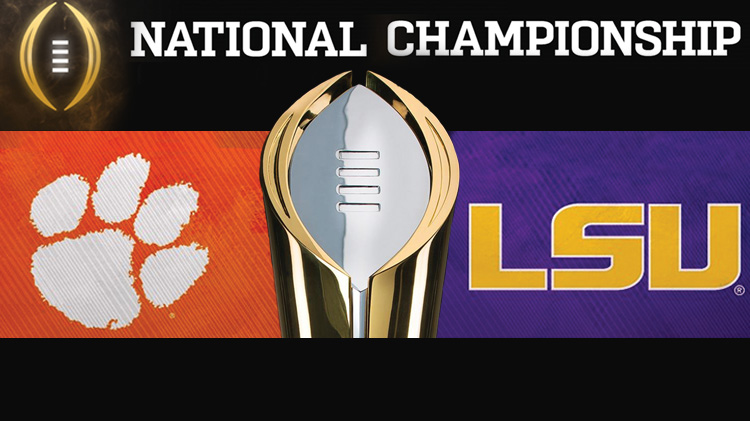 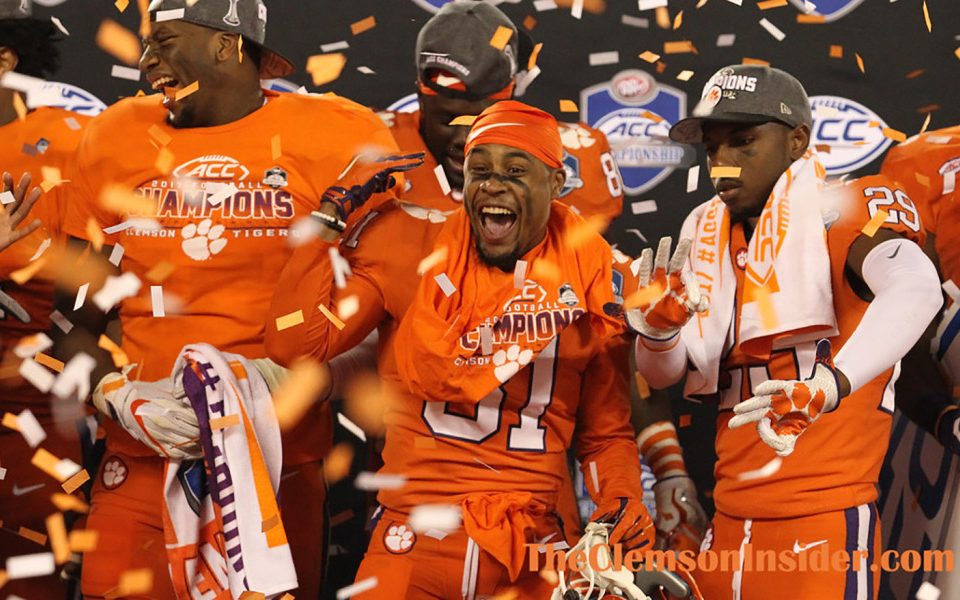 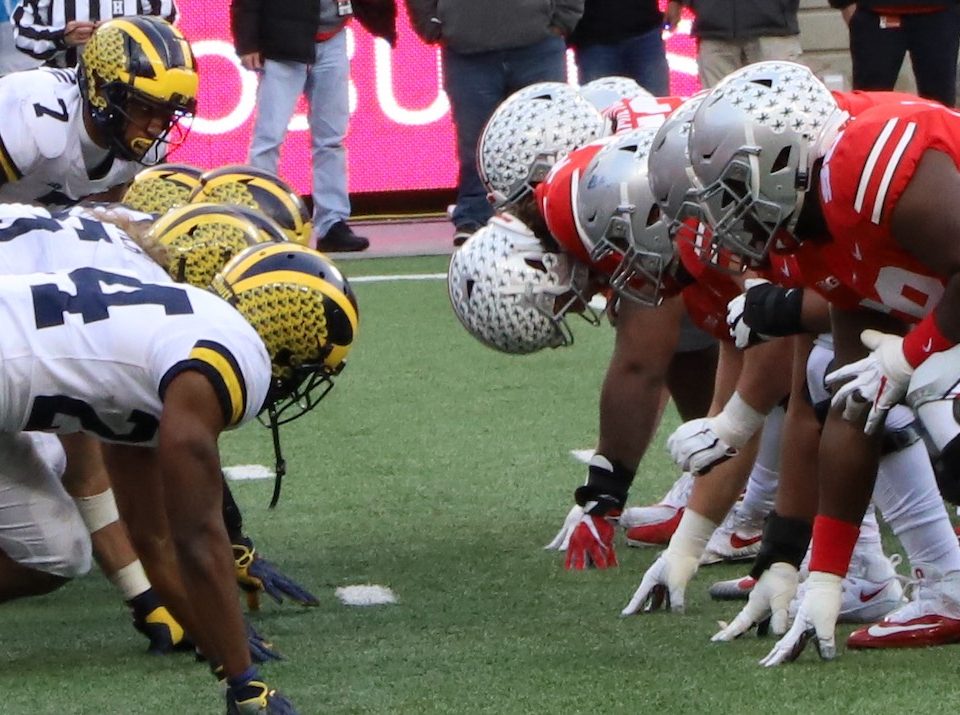